These flavoured, pre-measured oils are being sold by the LeSieur company for Actifry™ machines in France. 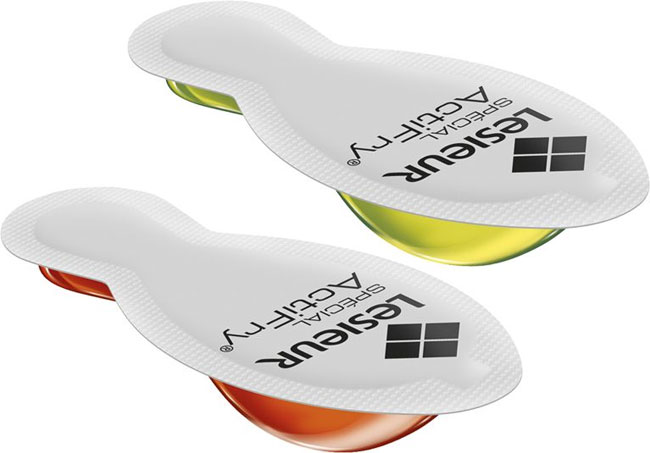 The product is flavoured oil, measured and sealed in disposable tablespoons in a measurement of 1 tablespoon / 14 ml.

Each tablespoon contains just the right amount of oil for one load of Actifry food, and contains a seasoning / flavouring mix in it for those who don’t have extensively-supplied kitchens.

There are two flavour profiles available, as of summer 2014.

Here is a screen capture from the SEB / Tefal French site of the Mediterranean-flavoured oil.

The flavours in the Mediterranean oil (pictured above) are tomato, thyme, rosemary, savoury and garlic (“tomate, thym, romarin, sarriette, ail”.) 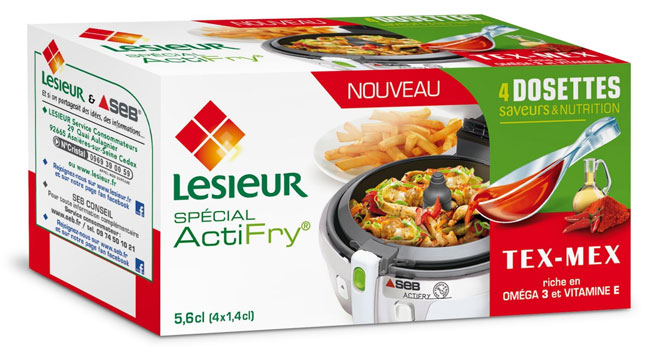 As of summer 2014, these may only be available inside France.