You are here: Home / Models of Hot Air Fryers 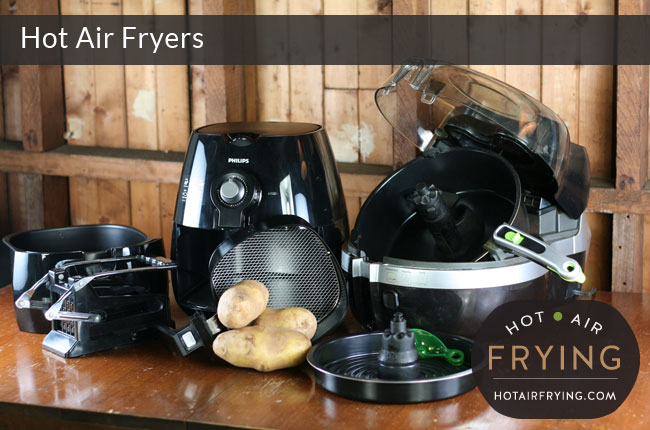 Commercial models of hot air fryers have been around since at least 1990 with the introduction of the “QuikNCrispy” by Paul Artt in the States.

Home hot air fryers were introduced first in France in 2006 with the advent of the Actifry™ by T-Fal/Seb.

Once you are converted to air frying, you tend to use your machine a lot. Many people become quite loyal to their particular make and model, and come to rely on it several times a week for meals. And, these machines are not cheap, let’s face it. So going into the field, it can be important to figure out what model will work out to be the right overall fit for you. And, it can be scary trying to do so.

It is my hope that this site will help to at least clarify in your mind some of the choices, so that you can make a more informed decision about what is best for you. Please use all the information I present as the basis for your own research to verify information for yourself: this is a fast-changing field and a page is no sooner posted than it is out of date!

First, a small word of precaution: consider an extended warranty

One of the major, consistent, constant gripes about all makes and models of air fryers is that they just aren’t seeming to stand up to regular, daily use. There are sadly a lot of these appliances ending up in landfill after only a short period of usage, which should be a concern to us as taxpayers, as we have to pay to maintain this landfill year after year while the manufacturers walk off with the profit. It should also be a concern to the manufacturers, as there are many consumers swearing off any appliances from a given company owing to a poor experience with an air fryer.

Most machines only come with a standard one year warranty, and we all know how appliances tend to die 1 day and 1 year after the purchase. Consequently, I cannot suggest too strongly that you should strongly consider purchasing your hot air fryer only where you can get an extended warranty for it. I have had two die on me just after the regular warranty expired, and thankfully I was covered.

If you are purchasing on Amazon, there are several choices for an add-on protection plan that you can add to your cart for a fraction of the price of the fryer. Choose a plan that matches the level and length of cover you desire. At a minimum, if the appliance dies and you never want to see anything like it again, or try another type, you’ll get a gift card for your purchase money free, and can start out afresh.

Second, about our information

We have endeavoured to source our information about air frying models from reputable sources and to confirm facts two or three times from separate sources. That being said, our information is in the end only as good as the sources that were available to draw on. Sometimes people, even manufacturers and retailers, get information wrong about their own products even, and manufacturers do reserve to right to always change the specs of products all the time, anyway.

That being said, we are very happy to be kept informed if you come across information that is in error or out of date now, so please do let us know.

For the most part, the major difference between the categories is:

Note that in the counter-top oven type, a handful are actually designed to be able to stir / turn the food for you. Note as well though that while counter-top ovens initially may seem inexpensive, they appear to have acquired a reputation for very short life spans, which pushes up the cost of ownership quickly.

In fact, the major common complaint with most types / models of air fryers seems to be short lifespans. It may perhaps be the quality of workmanship over all these days in appliances. We will be monitoring the field over the next few years and updating our information with what we are finding in this regard for you. 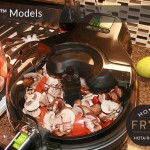 The Actifry was first released in France in 2006. It has dual abilities -- hot air frying, plus "self-stirring" for wet dishes such as risottos and curries. Thus, it is sometimes referred to as a "multi-cooker."   Common features of... 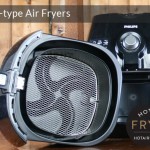 A basket-type hot air fryer is a dedicated air-frying machine in which the food is cooked in a basket. The basket usually has a handle for easy tossing of the food at one or more intervals during cooking. There are at least four main differences... 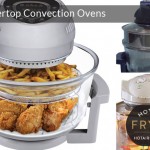 Depending on the model, a countertop convection oven can be used to dehydrate, broil, roast, grill, bake, or steam. They can also be used for some hot air frying. These are countertop units, consisting essentially of a bowl with a detachable... 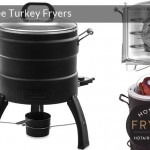 According to the U.S. Fire Administration (USFA), as of 2014 nearly 4,300 fires occur every year in America on Thanksgiving. Many of these are caused by deep-frying turkeys. The fires cause at least 15 deaths and almost $27 million in property... 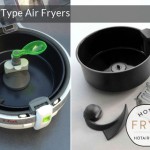 We have made Actifry a category of its own but it certainly is also a paddle-type air fryer. Paddle-type air fryers have the ability to do "set it and forget it" type cooking for you (not that one should ever completely ignore a switched-on appliance... 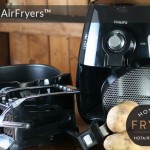 The Philips AirFryer is a basket-type air fryer. Philips has trademarked the word "AirFryer", as all one word, combined. It was launched at the Internationale Funk Ausstellung (IFA) consumer electronics show in Berlin in 2010. We think this... 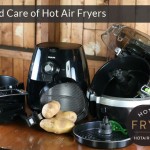 We all love our hot air fryers, whatever make they are. They're our babies; pricey little devils to be sure when we were first deciding whether to bring them home from the store or not - but they've transformed our lives, allowing us to eat chips...