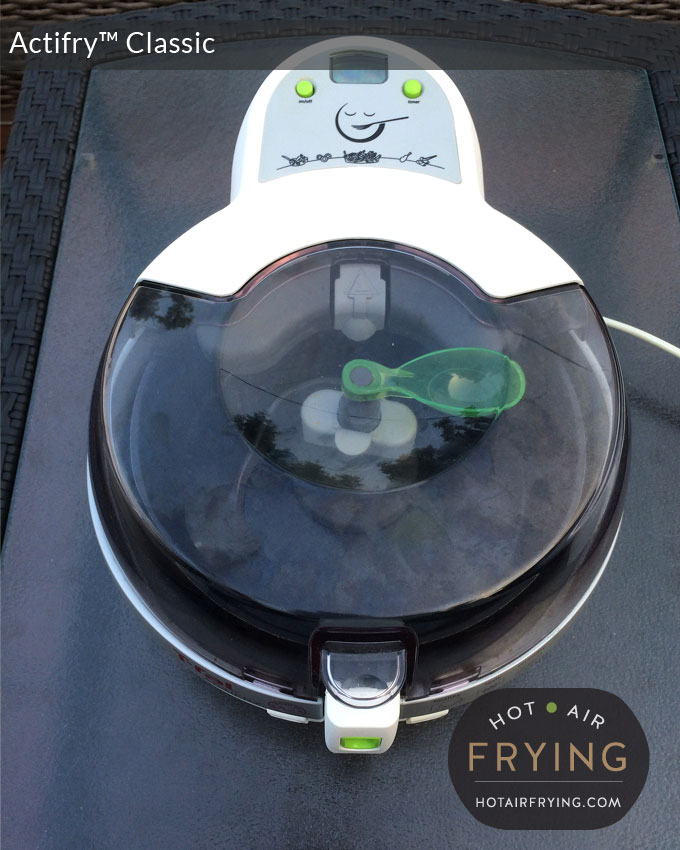 It’s the original model first released. We’re going to refer to it as “Classic” to distinguish it from the growing range. In Australia and Brazil, this model seems to be referred to as the Actifry Eco model (FZ700054 etc number range.) You may also see it referred to as “Actifry 1 kg.”

It’s the base model, and the least expensive Actifry (usually), and the most widely sold.

Available in black or white, it is sold in any country where the Actifry line is sold at all : Europe, the UK, North and South America, Asia, Australia, etc. 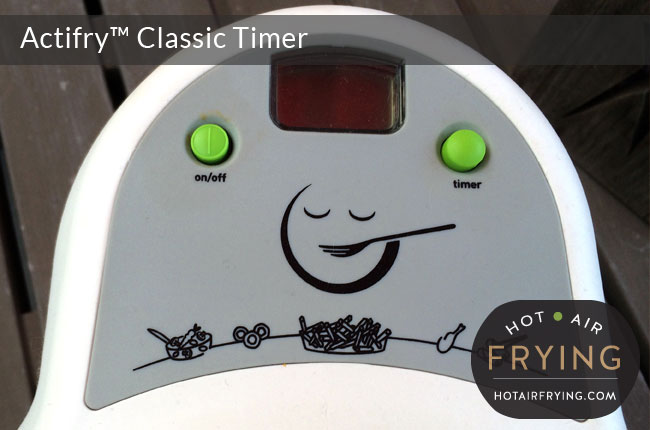 The timer is only that: a timer. That is, it’s not a controller. It won’t automatically start or stop the machine. You start and stop the machine manually via the on / off button to the left of the timer button. The cooking timer remaining will, however, display on the small LCD screen in between the two buttons.

Most people tend to think that the timer’s “time’s up” ding is too faint. You need to listen very carefully for it.

The timer operates off a small battery. (See the page on Actifry timers.) 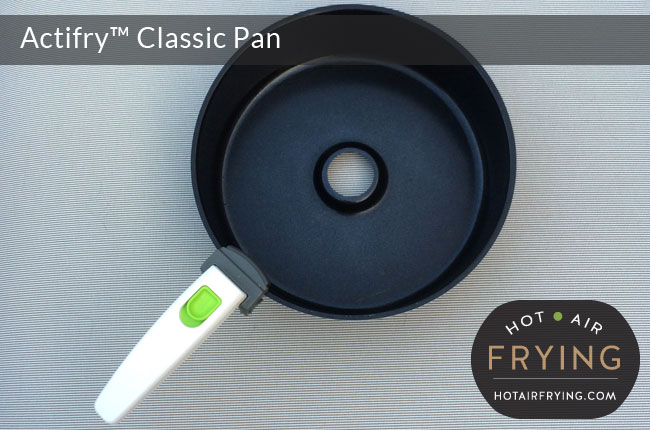 The hollow centre of the pan, which rests over the turning spindle, has a very low rim on it (compared to higher rims on other models such as Family or 2 in 1), but the base of the paddle acts as a cover for the hole to prevent liquids from escaping through there. Still, the manual says, “This appliance is not suitable for recipes with a high-liquid content (eg soups, cook-in sauces….)” [1] UK / Ireland English manual, page 6.

The pan does not come with an attachable “collar” to prevent food jumping out while being flipped by the paddle, as several other models do. 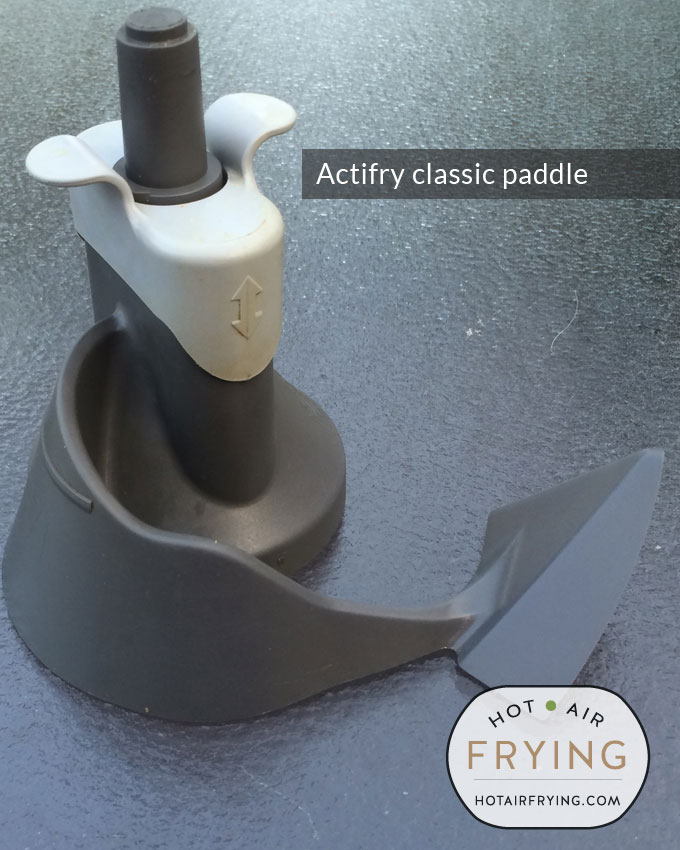 The paddle has a grey latch on it to lock it into place, and unlock it.

We have provided step-by-step directions on how to remove the paddle from an Actifry Classic / Standard. 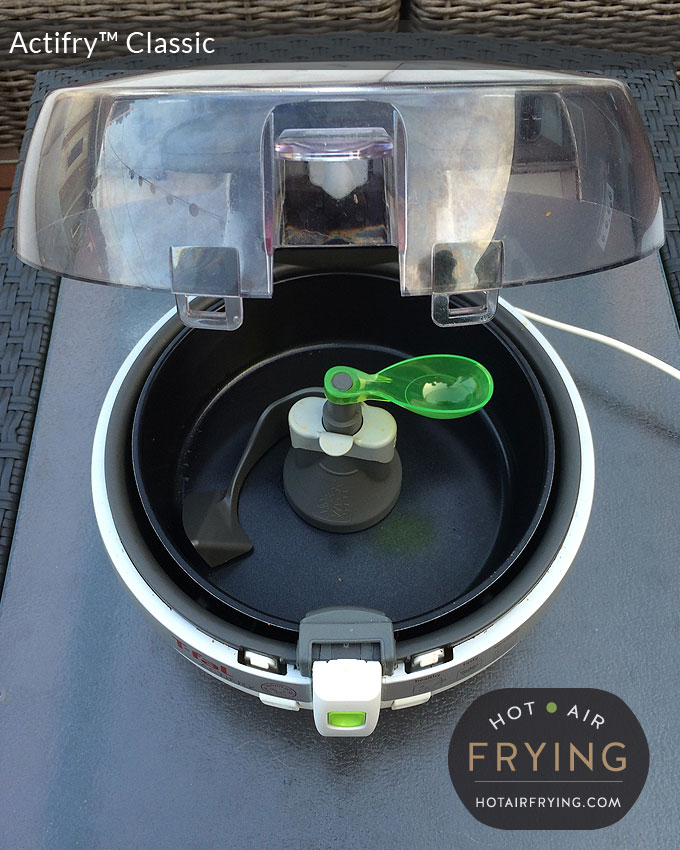 When you open the lid, the paddle stops but the hot air and the timer countdown keep going.

If you already own a classic Actifry model and can purchase / order the snacking basket accessory where you are, do it. It is a no brainer for how it will extend the capacity of your machine. 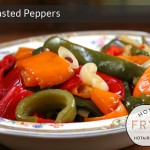 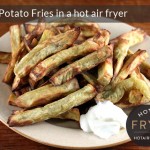 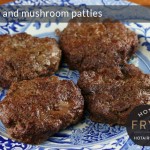