You are here: Home / Models of Hot Air Fryers / Actifry™ / Actifry™ Use & Care / How clean are you going to keep your Actifry™ lid? 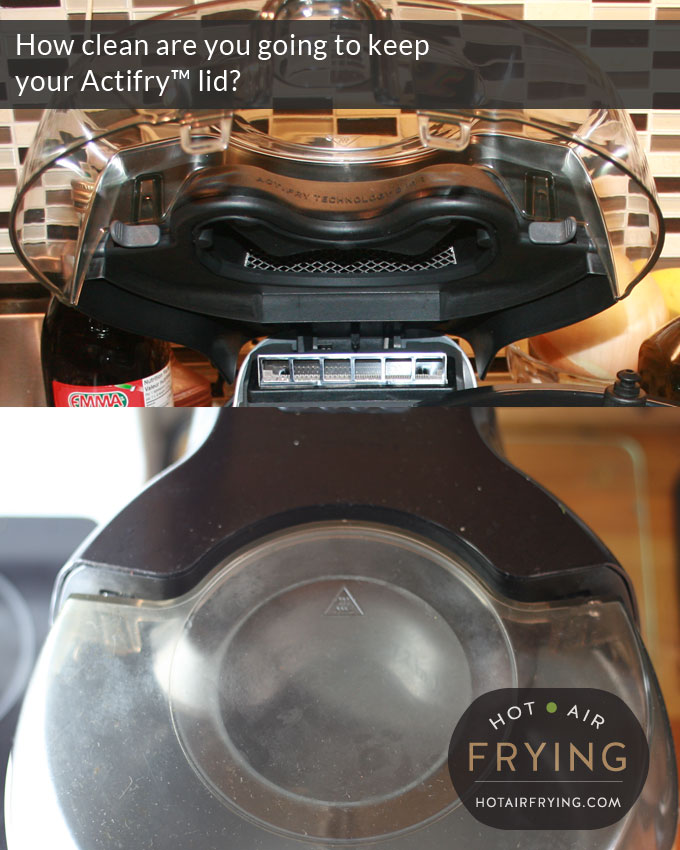 Early on in your Actifry career, you have to make the decision whether you are going to have a like-new picture perfect Actifry lid, or a clouded one.

The lids and viewing windows generally stay free of steam (somehow) but if there is enough built-up gunk on the inside of the lids, they can fog up. 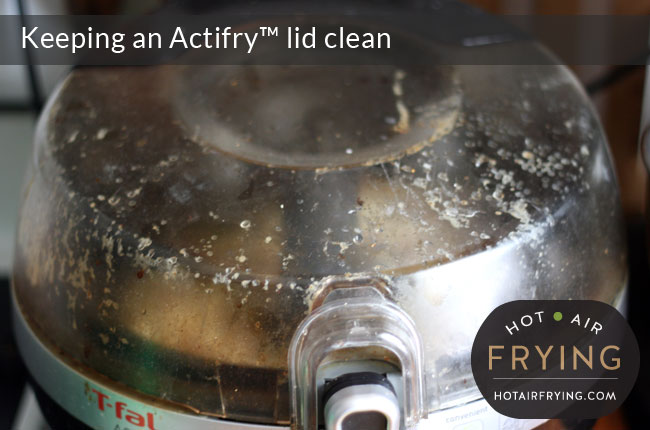 Did you just faint, and put your arms protectively around your Actifry?

That was taken after three cooking sessions in a row on a busy day.

If you want to always have a like-new, picture-perfect lid, you have to resolve to always clean it after each use. Or at least before the next re-use. If you do not, anything splattered on the lid from the previous use will get baked onto the plastic; this happens in successive layers, and after a few such times, it will not come off.

The worst is when you do anything with curries, or with powdered stuff like lots of powdered spices and herbs; both kinds of dishes really seem to coat the inside of the lid, and are just waiting for a chance to get baked permanently on.

Here is a picture of a lid which is cleaned periodically, but not after every single use. Say, not always after just a small batch of fries for one person on a busy weekday morning: 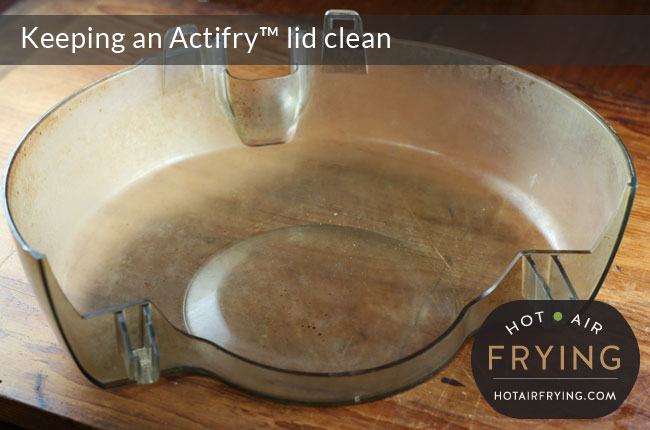 An Actifry lid with permanently baked on residue.

You do get some baked on stuff on it which will not wash off.

Oh, scrubbing the lid with a plastic scouring pad gently will get the bits of baked-on stuff off, but it will at the same time put a thousand tiny scratch marks into the plastic of the lid, making it a cloudy-looking lid all the same. 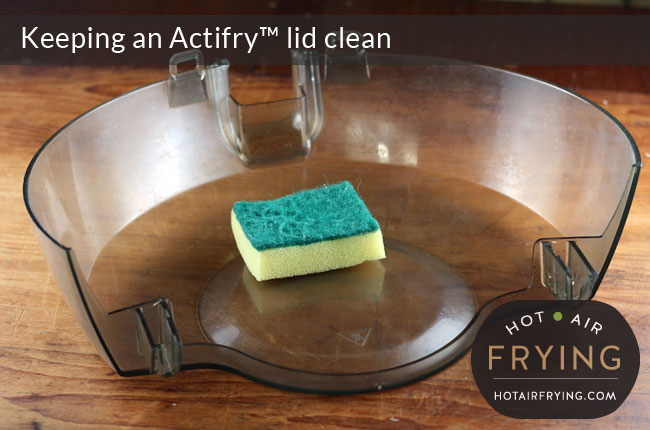 Even a soft, plastic scouring pad will cloud your lid.

Though the lid is dishwasher-safe, those who are maintaining sparkling clean lids say that they don’t put their lids in the dishwasher. Instead, they do it by hand within an hour or two after use, using a soft washing-up brush, some dish soap, and running hot water out of the tap. Dishwasher cleaning doesn’t seem to keep it as sparkling clean as this hand method.

Or, you can take the attitude that I have with both of my Actifrys: these are kitchen tools and though I take great care of them operationally to ensure a long life for them, the bottom line is that they are tools and not meant to be artwork on display. But then, I’ll admit: both live in kitchen corners where they are not immediately visible.

I’ll wash the lid periodically, but not regularly after each single use. In fact, sometimes 5 or 10 uses go by before the lid gets washed.

There is a middle way: you could buy a spare Actifry lid for display. When you are cooking, have the “real” lid on. When you are done cooking, put the display lid back on. 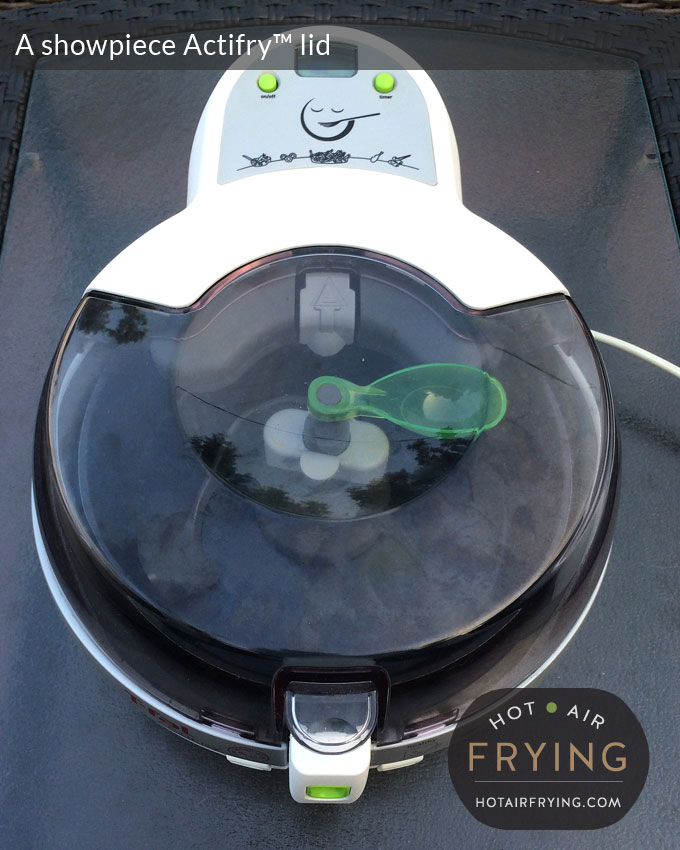 A showpiece Actifry lid. The owner carefully handwashes the lid immediately after each use.