The Actifry Gourmet model is very similar to the Actifry Classic model. 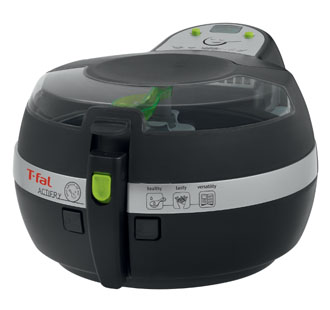 It some countries, it was called the “Actifry Gourmand.”

On the surface, it looks identical to the Classic model, except it is black and only available in black.

It has the same timer that doesn’t start or stop the machine, the same 1 kg (2.2 lb) capacity, and the same chassis and paddle.

There are one, possibly two differences depending on where you are.

The first difference, which every country it is sold in got, was an upgraded recipe book with more recipes in it — 30 plus depending on country.

The second possible difference is the wattage. If the T-Fal Canada site is correct (as of August 2014), the Canadian release of this model operates with 1450 watts, compared to 1400 watts for the Classic, which would give this model slightly faster cooking times. Tefal sites for other countries, however, show that the Actifry Gourmet / Gourmand issued in those countries — Germany, The Netherlands, France, etc — were produced using 1400 watts, the same as the Classic. 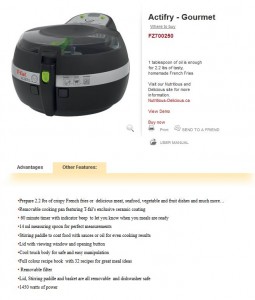 The Actifry Gourmet recipe book,  as distributed in Canada, has 32 recipes in it.

The model number as of August 2014 was FZ7002xxx in Canada, the Netherlands, Germany, the UK and France.

If you are searching for this model online, be careful that you are sold it, and not just paying extra for the classic Actifry model. 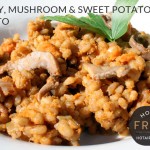 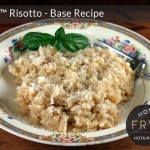 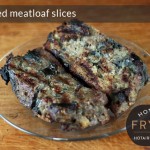